How does it feel being in a LGBT relationship in Hong Kong? Was it hard trying to open up to the family? Joshua Samuel and Charlz Ng, CEO of Hybrid group opens up their journey of being in a same sex relationship in a conservative country…

A SNEAK PEEK OF SAME-SEX RELATIONSHIP: COMING OUT OF THEIR CLOSET 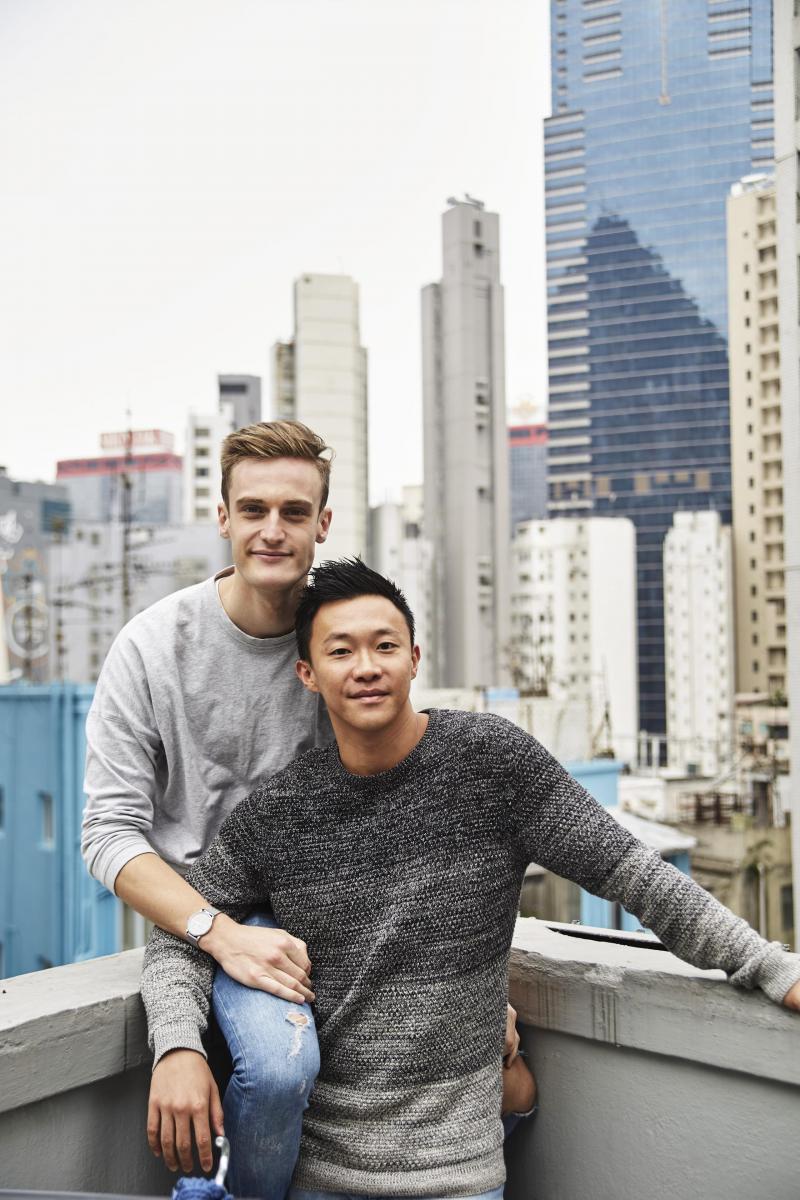 Joshua Samuel: I came out to my parents because of Charlz; he did it as well because of me. But this has probably been a challenge for me. I mean, I’ve wanted to tell my parents for at least two or three years. When I moved into Hong Kong for the first time, I remembered leaving on a plane to arrive here and, really, really shouting at myself in my head for a good nine hours – for not saying anything.

One day, I was sitting on the sofa Face-Timing with my parents on my phone, when my mom suddenly asked me, ‘Do you have a girlfriend?’ In response, I let out a resounding ‘No!’ (Laughs)

Building up that courage to do that was definitely challenging, but I knew that ‘I’ve always wanted to speak my mind on this issue, because I wanted them to know about this is part of my life. I worried for such a long time and stressed so much about finding the elusive perfect time – because I was a student at that time – and my parents supported me financially. At that time, my main concern was what if they hate my decision; what’s going to happen to me? So, you may want to make sure you have someone to go to in the event it doesn’t go the way you’ve planned it to.

To begin with, you have to brace yourself for the possibility of some uncomfortable questions and even hostility. And that’s totally fine. I mean, they still love you because there’s absolutely no way that can change, so they might take some time to digest the news and come around. There’s no timeline, so don’t think, ‘Oh, I should have done it by now,’ even if it takes you another year or two. Because that would stress you even more.

Charlz Ng: There’s a great misconception, especially with my parents. I was really apprehensive about how they feel about their son being gay or in the LGBT relationship, but I was completely wrong, much to my surprise. So, when I came out, my mom was like, ‘Oh my god! Just don’t suicide like Leslie Cheung’ – The only person that my mom knows as gay in Hong Kong who tragically committed suicide in 2003.

She’d think and associate being gay with unhappiness. Meaning, I’d be depressed enough to claim my life. But I was like, ‘Mom! That’s totally not me!’ And then, I was so relieved because that actually her first thought. (Laughs)

Joshua: It was a real educational moment. I mean, you get so many really, really funny questions about LGBT – like who’s the boy or the girl? And I was like, ‘Umm, what? Excuse me? There’re just two boys.’ As mentioned before by Charlz, we’ll also get some questions that affect you like, ‘Have you been happy with your life?’

Charlz: Yeah, my parents think I was not really enjoying my life. But I guess I didn’t speak to them enough for them to know that I’m happy?

Joshua: I mean, I had a great childhood but I’ve obviously experienced some bullying at a minimal level, where some people would call me gay before I accepted it myself.

Charlz: That being said, I’m very blessed to have parents who are very supportive.

Joshua: Me too! (Feeling blessed) I’m from a small town in Wales. It’s actually a rural town where there are not too many gay people. When I told my parents, my day was really worried that I was going to start wearing lots of pink and glitter, etc. But I was like, ‘No!’

And this was a good educational moment for them to realize why the LGBT community uses the rainbow flag. For example, if you’re gay, you should support every colour within that rainbow, regardless of whether you want to be an extremely flamboyant, extravagant, gay person. There’s a huge spectrum within that rainbow – being in a LGBT relationship isn’t just about one thing. 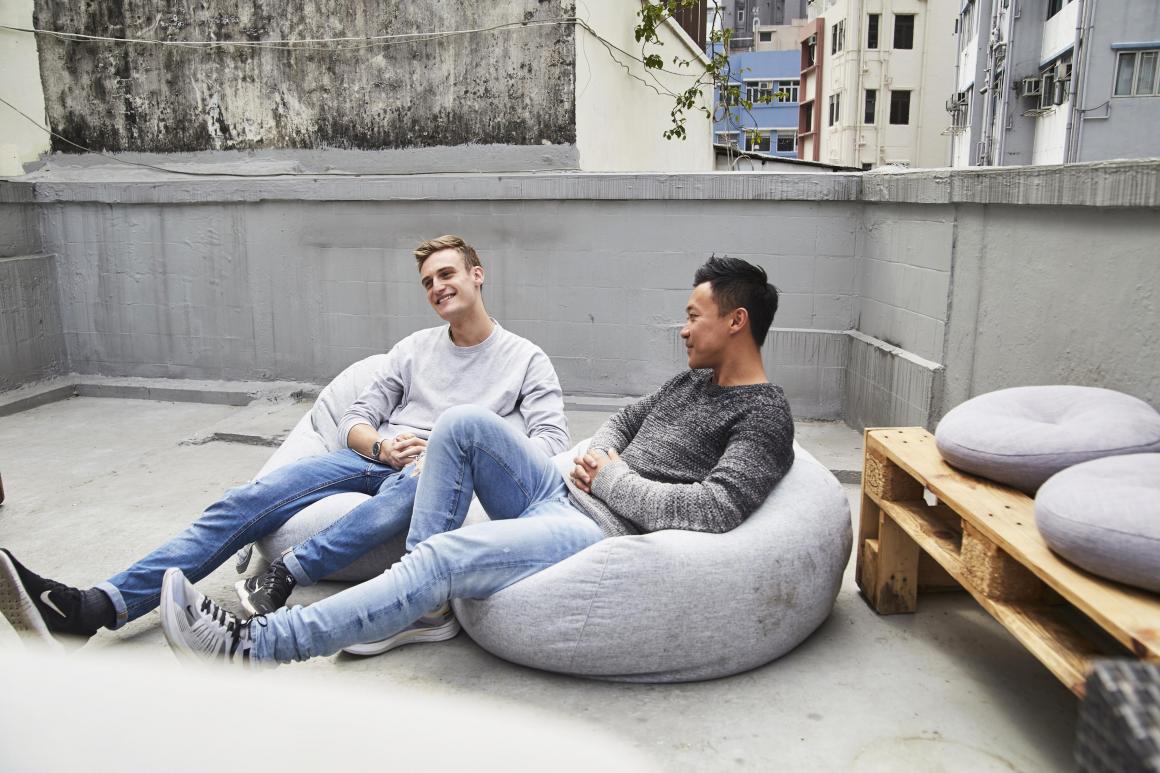 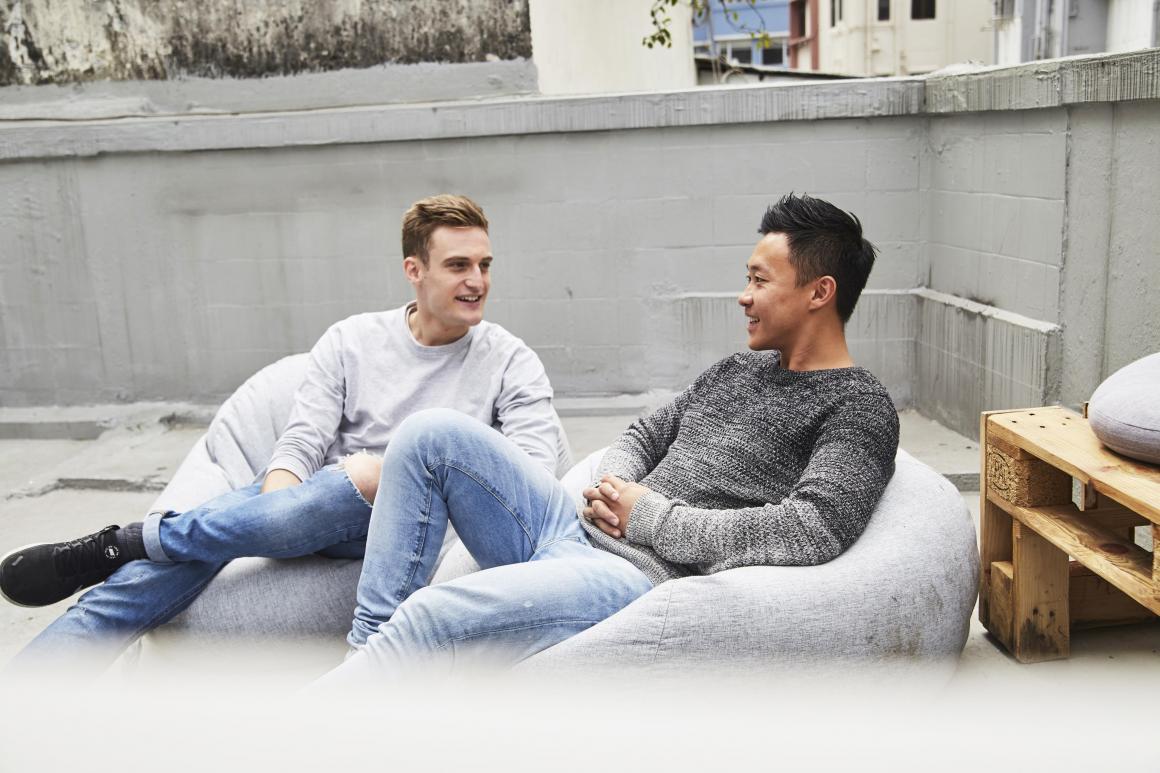 Charlz Ng: So, to anyone out there in a LGBT relationship who hasn’t shown the courage to come out yet, don’t be afraid because they do not worry what you think they worry about, and you can’t worry too much. Just let things be and it will become better sooner rather than later.

Joshua: Also, pardon my French, but one of our phrases is: ‘F*ck the timeline!’ (Laughs)

We’ve been together for eight months. During those eight months, we’ve built things together and now are delighted to cohabitate. We’ve always given each other sound advice to help grow our career as well…

Charlz: We also came out to our families.

Joshua: Yeah, we came out to our respective families. Even our friend groups have merged. We have been on holidays together. We’ve done a lot together during the past eight months that some people might not do in say, three or four years.

Initially, I remember speaking to my family and friends, and thinking to myself, it’s very scary, you know? Is it going too fast? Are things moving too fast? And I ended up talking to Charlz about this.

Charlz: We’ve come to one conclusion that matters most– that we’re still happy. Neither of us felt like we’re moving too fast and made us feel like it was always within that time.

Charlz: Do what feels right.

Joshua: So yeah, ‘Fu*k the timeline.’ There’s no template or formula that you NEED to follow as a couple – You are the creator of your own path.

Charlz: What I also meant with, ‘Fu*k the timeline’, that you don’t need to struggle too hard. Sometimes, when you want something so bad that you act on it and overdo it, ruining many things along the way as a result. So just go with the flow. I guess in a slightly non-negative way, ‘Don’t be desperate’, because it’s a two-people thing. Communication is not one-way street where, if you push for it, you’ll get it. For me, I do understand that if I push too hard, it might destroy the coveted balance between two people. 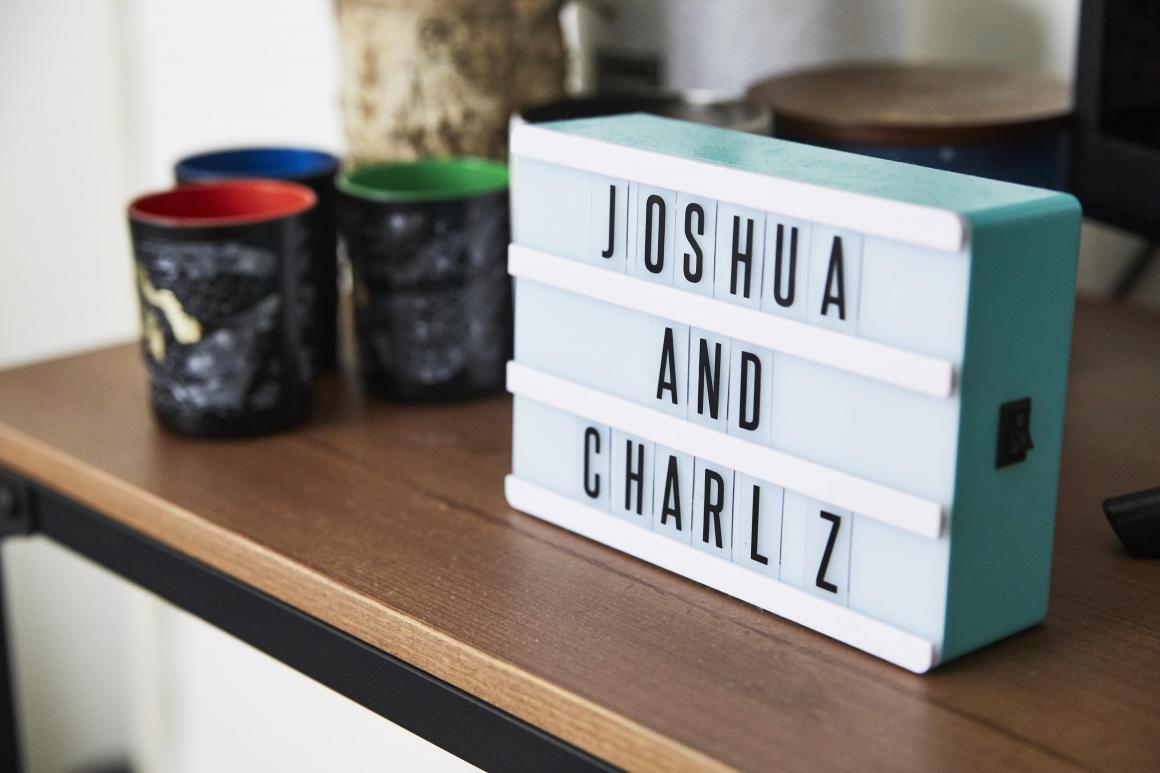 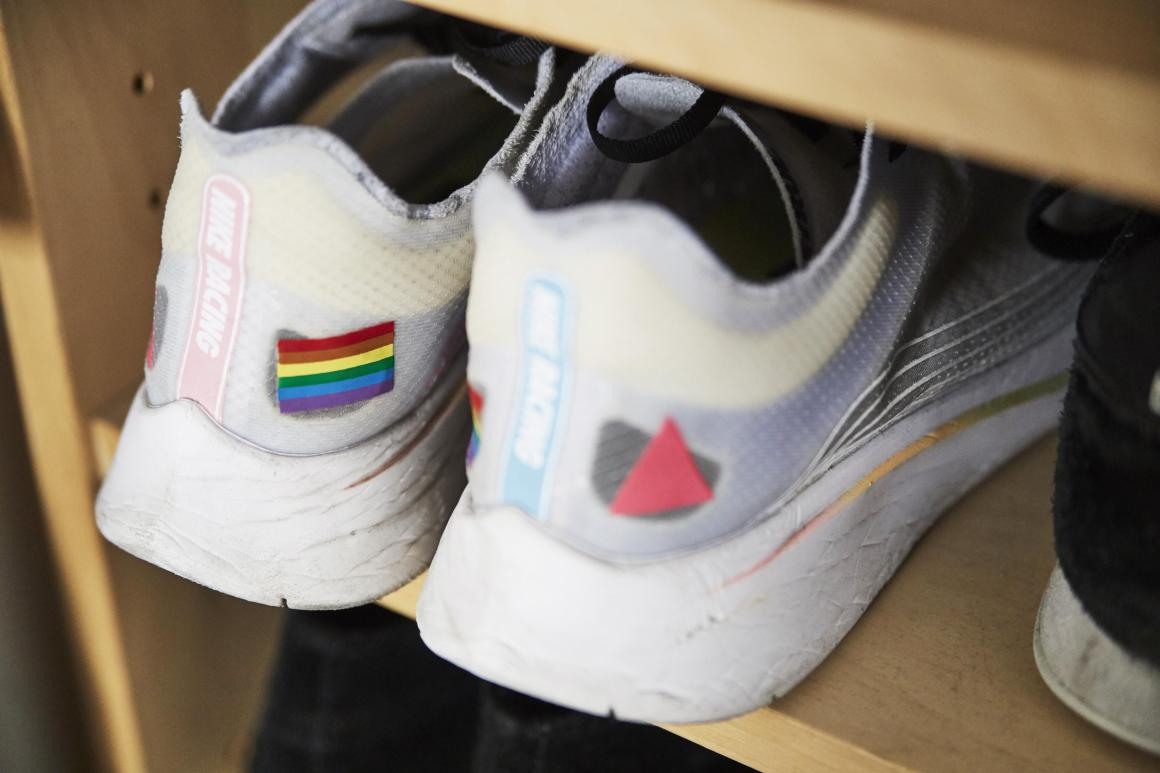 HOW DO PEOPLE IN THE LGBT COMMUNITY PLAY GENDER ROLES IN THEIR RELATIONSHIP? WELL…THEY HAVE SET THEIR OWN RULES.

Charlz Ng: I don’t think I’ve gifted him too much. It’s not about materials that a lot of Hong Kong people think, ‘I will buy this and he will love me.’

Charlz: The things that can’t keep us from falling in love with each other are that like one day when he said, ‘Oh, I really miss Muller yogurt.’  I found it in Hong Kong and came home with it. It literally made his entire week! And it only costs me like HKD18 dollars, whereas I know he’d do the same for me.

Joshua: Other than birthdays, have we ever spent a significant amount of money on each other? No!

Charlz: I felt like I’ve to do a little bit of shopping only when I was in Paris. (Laughs) We also have an unwritten rule: on anniversary or any important days like Valentine’s Day or Christmas, we pay for each other’s bill, so that the burden of payment doesn’t fall upon one person.

It’s all about creating a balance between us. I think it also helps with our existing personalities since we’re both male. As a matter of fact, we both have really strong personalities, and sometimes, it actually helps create chemistry for us.

Joshua: I think another thing about Hong Kong culture is that the woman always expects the guy to pay the bills. In contrast, one of the pros of being in an LGBT relationship is that we don’t have to abide by their norms at all. We make our own rules. For instance, if he has something heavy to carry, we’ll be happy to share it. It’s not like one of us has to do it. There’s not a single moment when I say to myself: ‘Oh I’ve got to do something for Charlz because I am that person in this relationship.’  I feel that sometimes, if a man and a woman are involved in a relationship, there are those natural roles you fall into.

HOW WELL DO THEY ACTUALLY KNOW EACH OTHER? HOW TO AGREE TO DISAGREE IN THEIR RELATIONSHIP? 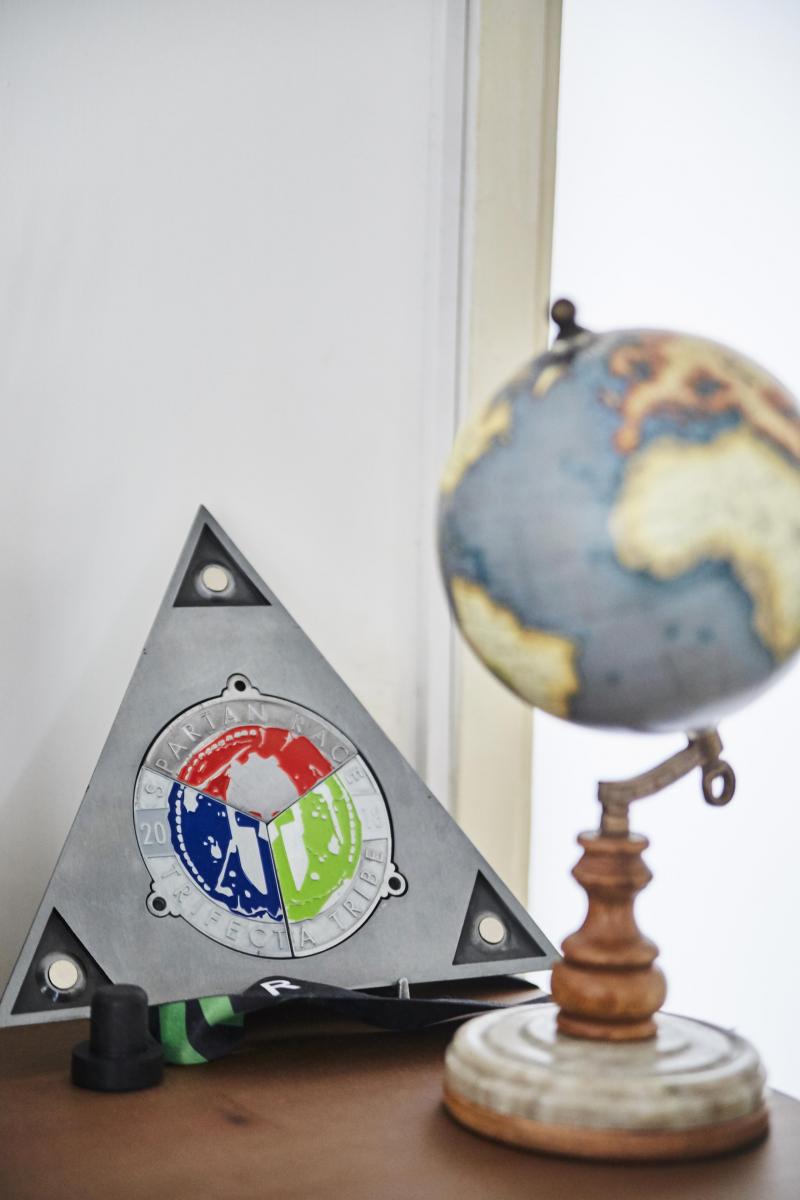 Joshua: We’ve discussed this this morning. What’s your answer? (Laughs)

Charlz Ng: I’ll rate myself as a six out of ten. I know him pretty well as in culture-wise, hierarchy, and what he does. So, he’s teaching students every day. That part, I understand but what I don’t understand is how can he deal with basically 10, 20 personalities a week?

Joshua: What we understand is that, I am the person that Charlz books.

We have different understanding within respect when comes to our career. I’ve learnt very, very quickly what it takes to be as a self-employed businessman like understand what Charlz goes through. I can see it in his face; I see two very different people – I see Charlz, the Charlz; and sometimes, I see Charlz, the CEO of Hybrid Group.

‘Coming to an agreement isn’t easy. But we realize that what we have is bigger than any of disagreement.’

Charlz Ng: But sometimes, I don’t necessarily agree with his point of view when comes to work.

Joshua: I was like, ‘Okay. I still don’t understand but I do appreciate it.’
Charlz: And then, we will leave it off that end, but it’s good to have this kind of discussion where you’re not just always saying, ‘Yeah baby, you’re right! You’re right!’ I think this is how our relationship are strengthened up. There’s fire, talking, discussing and coming to an agreement when you were screaming at first.
Joshua: Coming to an agreement isn’t easy. But we realize that what we have is bigger than any of disagreement.

Charlz: Definitely! We had a little disagreement last night as well.

Joshua: Yeah, I disagreed with something Charlz said last night, but I still turned up to his event. I know it was a big thing for him tonight so I should be there, even though he might have said something that upset me.

Charlz: And also, we have never had an argument that over 24 hours in our relationship. But one thing is that, I do really appreciate of Joshua who has a tolerance larger than any oceans. It’s great to have him, who can acknowledge and move on. I don’t feel like every couple has the privilege of that.

3 Founders Reveal The No.1 Trait That Will Get You Hired

Any cookies that may not be particularly necessary for the website to function and is used specifically to collect user personal data via analytics, ads, other embedded contents are termed as non-necessary cookies. It is mandatory to procure user consent prior to running these cookies on your website.