I am someone who’s clinically diagnosed with anxiety and depression.

And here’s my honest review of my experience with Talkspace, which I’ll be walking you through ,every step of the way.

Why I Started Talkspace

Okay. Before I dive right into it, I think it’d do justice to the app by first talking about why I decided to give it a try.

When I first started seeing my current psychiatrist, he, like the ones I’d seen before, recommended me to see a psychologist/psychotherapist at the same time because he only does diagnosis and prescription.

Here’s the thing, I did try talking therapy. But I never really saw it as my main support for my mental disorders, as opposed to my medications.

Don’t get me wrong, therapy is a great option for people who want to better their mental wellness. And I’m so glad it’s much more widely accessible now. And I’d recommend therapy to anyone who I think will gain new outlooks from them.

This is why I chose not to write this review with a rating metric. Instead, I had this question in the back of my mind while using the app for the past one month:

Will online therapy actually work? (For me, at least.)

Getting Matched with a Therapist

After paying for the subscription plan and setting up my profile, my first touchpoint was a Talkspace representative who would connect me with a therapist. 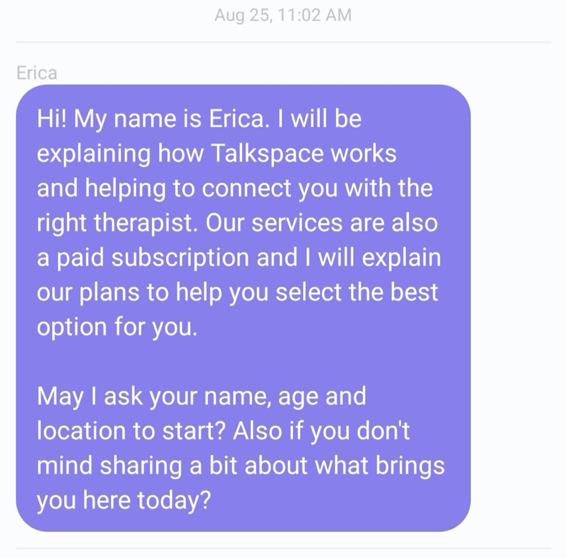 “That’s amazing!” I thought. Instead of having to complete a bot-generated survey, I could actually talk to someone who could match me with the right therapist!

After I filled out some basic questions about myself, my reasons for reaching out, and gender preference for my therapist, I got my first matches.

And I was a little disappointed.

For personal reason, I preferred a female therapist. And within the 3 best matches I got, 2 of them were male.

Okay, I thought, maybe there was a mistake. And so, I told the representative who then rematched me.

After that, I realised I could’ve generated the match myself. And so, after 5 rounds of rematching, I’d finally landed on my therapist.

I ended up choosing a clinical psychologist specialising in treating anxiety and depression.

And here’s how our conversation went.

My Relationship with Anxiety Disorder

Coping with Post-Pandemic Anxiety: How Does EFT Help?

“I Started Experiencing Panic Attacks Due to Pressure from a Toxic Manager…What Should I Do?”

Conversation with My Therapist: What Works & What Doesn’t 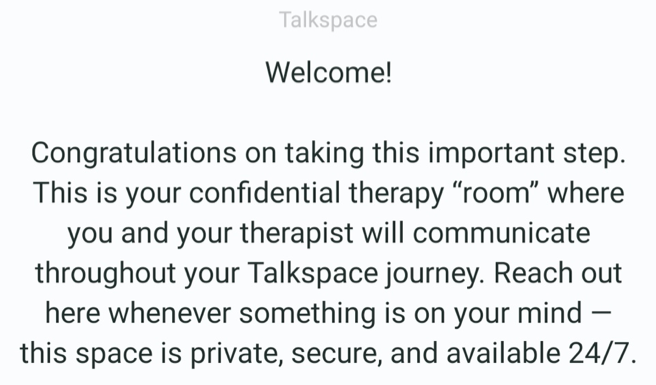 We kicked off the conversation with the basics – my diagnoses, meds history, what I wanted to work on. After receiving a warm welcome from my therapist, I typed up a string of long messages detailing events that led up to who I am.

It continued like this for the first week – mostly me telling him the bits and pieces of my life.

Throughout our conversation, he was very understanding and attentive. He would acknowledge my feelings, dissect my response, and asked follow-up questions.

I could tell he really took the time to listen to me and tried to offer me a comprehensive outlook of what it was that I was feeling.

At one point, I told him about my anxious feelings about an upcoming interview that I’d been dreading for days (literally). And he sent me an encouraging text which was really warming. 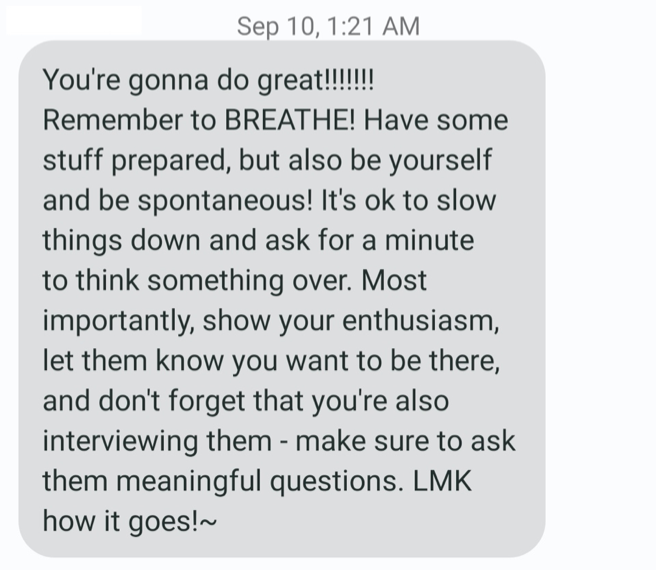 He explained to me about the idea of anticipatory anxiety. But I think that’s where things stopped. I felt like I was the one steering the conversation, and I wished I’d been more guided instead. 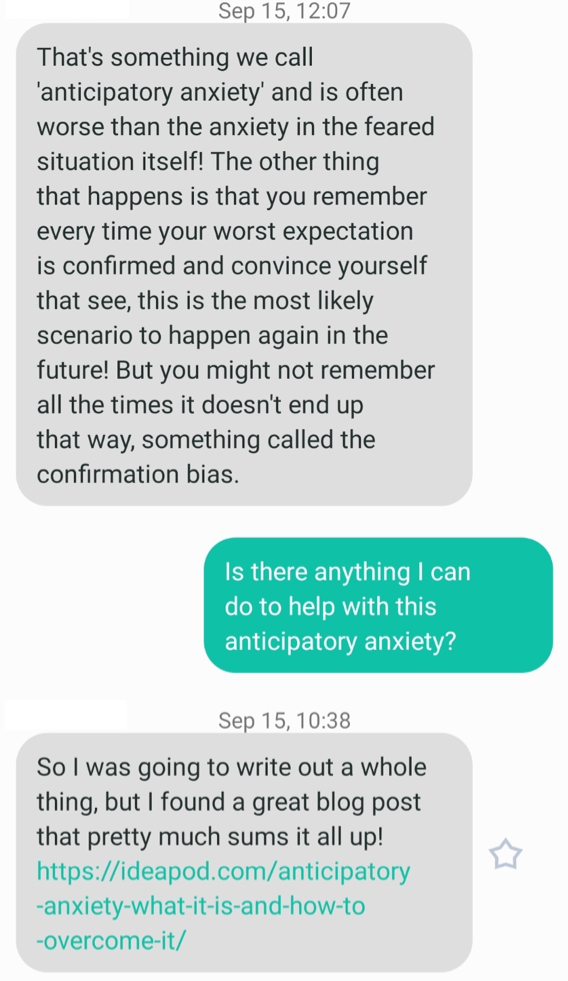 While I appreciated the gesture, I could use some a more personal written message than an external source that I could’ve Googled myself.

One thing that kind of itches me were the gaps in between our exchanges.

Here’s how it works: you type up a message and when you’re ready for your therapist to reply, you hit a button in the dialogue, and you should expect a reply from them in a couple of hours.

Usually when I sent out my messages in the early afternoon, the app would tell me to expect a response by 8pm.

So instead of having to set up a meeting date and time, making every little detail formal, the format gives me the flexibility and convenience that I’d never have with regular appointments, which I like.

When I have a few minutes waiting for my coffee to brew, I’d send a text. When I received a reply while I was in class, I could read it in my own time. Everything happened at my own pace.

But with flexibility comes a cost.

For the entirety of the month, we never texted back-and-forth once. And the gap in between our exchange made me feel a little detached from the conversation sometimes.

Many times, when I received a reply a day after, I’d scroll back to see what I’d said earlier.

Overtime, our exchange felt like a conversation that’s being dragged on without a beginning and an end.

One time, I did appreciate that he notified me he was about to sign off for the weekend and that I should expect a real response from him by another day or two. It’s one thing to know that I’m being heard, but quite another to feel like the conversation’s a little like come-and-go. 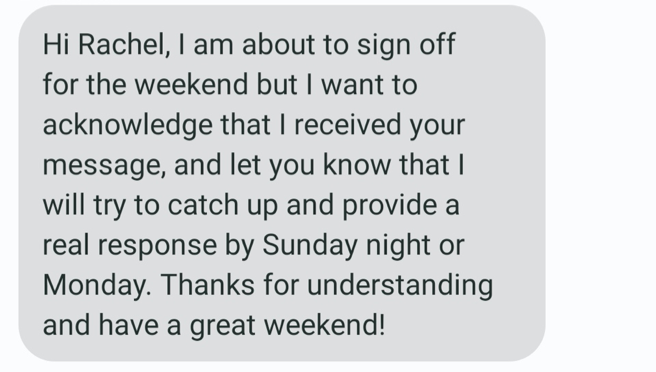 It could be convenient at times on days where my schedule was crammed. But I’m someone who craves a personal connection especially when it comes to therapy.

But with this format of dialogue, I didn’t feel as involved as I’d like to.

Twice, my therapist didn’t reply me by the expected time. And the app asked me whether I’d like to switch to another therapist. I liked our conversation and I enjoyed talking to him, so I denied the offers.

But to be honest, I’d rather have a 10-min conversation every day instead of an exchange here and there spread thin over a week.

I decided not to renew my subscription. While I did enjoy speaking with my therapist, I don’t find the service as fulfilling as I’d wanted it to be, considering the price it charges.

Did it change what I think about therapy? Absolutely not. It’d never change how I view therapy and its importance to mental wellness.

Did it change what I think about online therapy? Well, let’s just put it this way, I didn’t go in with an expectation.

Which Breathing Techniques to Use In Different Types of Stress, According to Breathwork Expert

Want To Get Rid Of Brain Fog? These 5 Tips May Help You

If Silou London CEO Manages to Fit Meditation Into A Busy Work Schedule, So Can You

Do You Have Decidophobia, Or Fear of Making Decisions? Check the Signs Here.

Any cookies that may not be particularly necessary for the website to function and is used specifically to collect user personal data via analytics, ads, other embedded contents are termed as non-necessary cookies. It is mandatory to procure user consent prior to running these cookies on your website.